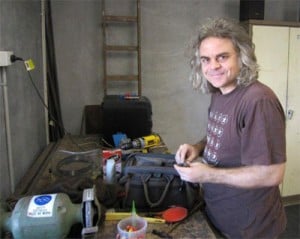 A common love of Humber cars brought Richard to the Pierce workshop for work on Simon’s first job in 1987 at St. Mary’s, Ipswich.  Since then, he has expanded his skill in all areas of organ-building.  Presently he is involved in a major portion of the regular tuning of instruments throughout Queensland and Northern New South Wales.

In 2001 Richard was in Birmingham for three months working with Klais on the installation of the new concert hall organ.