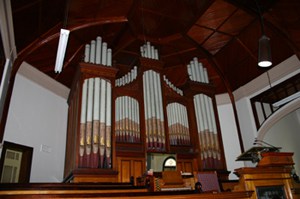 This historic church has undergone extensive renovation in recent years. After a long period of virtual silence the pipe organ is also undergoing restoration.. 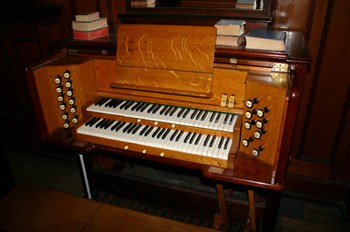 The pipework and soundboards of the 1903 Charles Richardson instrument are now fully restored and playing. The console has also been restored. The old-style trigger Swell box mechanism has been remade as well as the Tremulant. These had been dismantled in 1980 and many of the parts had been lost. We have used what parts remained and clues in the organ to rebuild them. The action has settled in well and is now very responsive. The sound is simply superb and it is a delight to hear this fine old organ again. The keys have been recovered with ivory resin and pinned as per the original tropical specification. The Pedals and casework are to be restored in the near future and already the pedalboard is back in position..